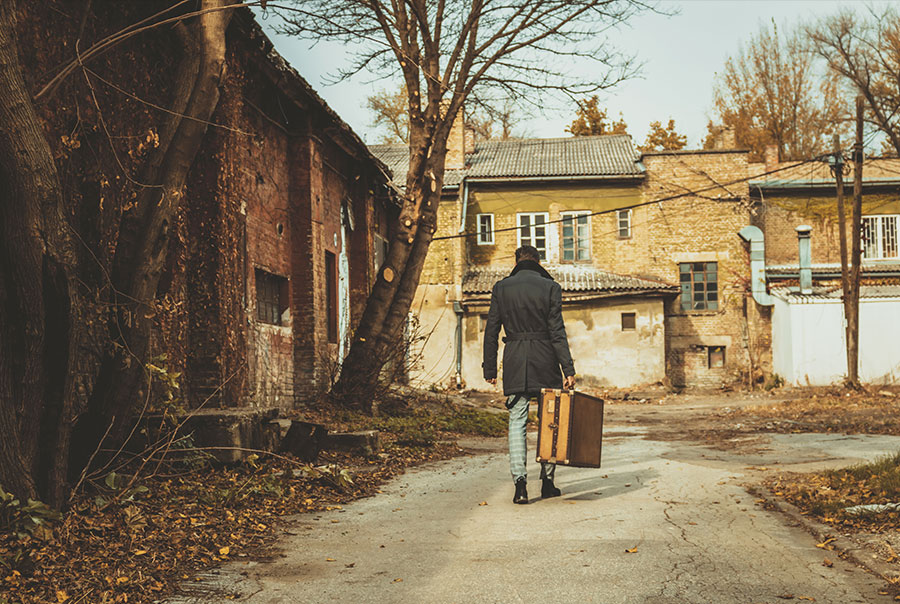 I would briefly like to share my story in the hope that it may offer inspiration to anyone who is experiencing depression and anxiety, and the hopelessness and loneliness that goes with it.

My early childhood was far from stable – I was on the receiving end of physical and mental abuse. Looking back, I am now able to realise that the withdrawn behaviour, and very obvious lack of self-esteem left me wide open to further abuse – bullying and, worst of all, a target for sexual abuse! The latter was a horrific experience, not so much at the time or recently afterwards as it was in my adolescence and early adulthood.

This is due to the fact that the damage was done at a time during which I had yet no sexual awareness – in short, I was robbed of my innocence!

As I was growing up I had no idea how healthy boy/girl interactions should be, causing me to feel rejected and more impoverished of self-esteem. I believed myself to be unlikeable, unlovable and generally repellent to all those around me – including my parents. You can well imagine by now that I sank deeper and deeper into myself, in an isolated and disconnected existence.

The depression I experienced at this point, and still at a tender age (around fifteen), was unbearable. This continued (but also escalated into severe anxiety, overthinking, delusions of persecution, self-harming and a few suicide attempts) into my twenties and thirties.

At the age of thirty-five, by now the father of two small children, (and very fortunate to have the supportive wife who has remained by my side to this day) I was sectioned in a psychiatric unit and diagnosed with BPD (Borderline Personality Disorder).

On discharge from hospital I was under the care of the home treatment team, as well as attending CBT sessions. It was during my therapy that I finally began to make sense of everything; that my reactions and behaviours were a perfectly normal response to the traumatic events that had shaped my life.

The Moment I Knew I Had to Change
Even though I had made great progress by now, an event in my life caused a relapse in my mental illness, tossing me back into the abyss of alcoholism and drug abuse and leading to my assaulting a police officer. Fortunately, the court having taken my mental state and history into account, I was spared a custodial sentence but was sentenced, instead, to one year’s probation and ordered to attend therapy once again.

Now it was make or break – a turning point – I now knew that, even though I had an unfortunate life so far, I was also extremely fortunate; I had two amazing children, a fantastic wife and a great opportunity to use my life experiences as a way to help others.

I took a great interest in the therapeutic process I was undergoing and decided from there that I wanted to become a therapist! From here I wasted no time, I began to study CBT and Drug and Alcohol counselling, going on to achieve a Diploma in each of these.

I now pride myself, not only in gaining these qualifications, but in the work I do to help others who have walked the roads that I have walked.

This is pretty much my story, which I would like to end by saying that we’re never ‘cured’, never ‘over it’, but the best versions of ourselves we can be, and above all, stronger and wiser for our experience!